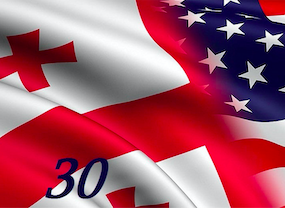 Institute of American Studies at Tbilisi State University announces the 23rd International Annual Conference on American Studies. This year it will be dedicated to the 30th anniversary of the establishment of diplomatic relations between Georgia and the United States of America. 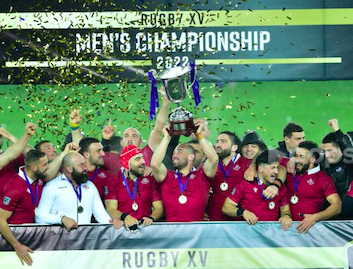 The Georgia national team who enter the tournament as defending champions have won the Rugby Europe Championship again. The Lelos, as they are known, claimed their 14th title as a result of tonight's final.

Mary Magdalene holding a missile has become a symbol of the Ukrainian resistance. Known as St Javelin of Ukraine on social media, she had a blue halo marked with the golden trident coat-of-arms of Ukraine according to the Ukrainian flag colours, and her green robes are vaguely reminiscent of military dress.

St Javelin got her name because of holding an FGM-148 Javelin anti-tank missile launcher that is fitted with a high-explosive anti-tank warhead and has a range of 2,000 metres. The US-made, shoulder-fired weapon is considered pivotal to the defence of Ukraine against Russia's ongoing invasion. 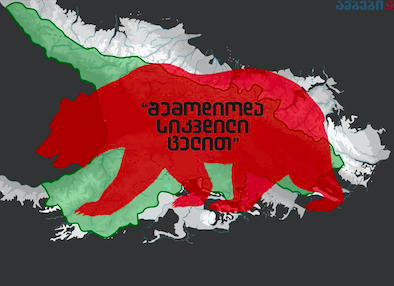 101 years ago the Russian Red Army annexed the first Republic of Georgia.

25 February 1921 is one of the darkest days in the history of Georgia. The country was forced to become one of the Soviet Republics, politically, culturally and economically repressed under Soviet rule for the next 70 years, which was overwhelmed with absolute violations of human rights. 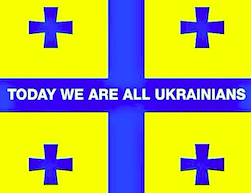 The world is a collective witness to what is happening in Ukraine right now. Although it is not a good time to be a bystander, nothing more was expected by the Ukrainian people, as it becomes obvious from the comments of Lesia Vasylenko, Ukrainian MP and a brave mother-of-three.