Basilashvili, the national source of pride for Georgia 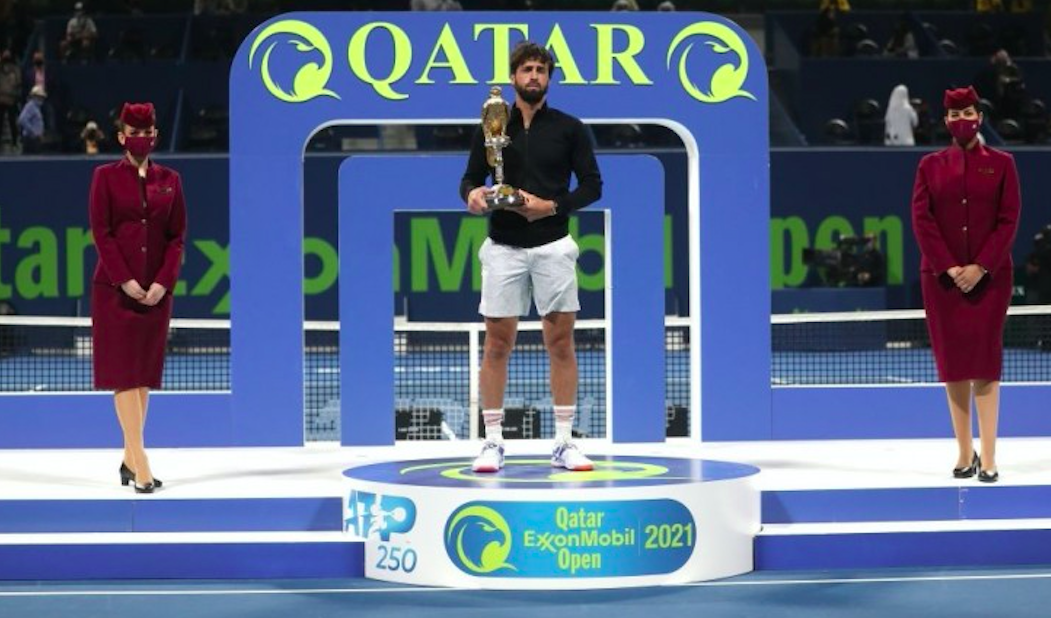 Nikoloz Basilashvili performed calmly, fiercely, and brilliantly in the 2021 Qatar Open. The Georgian professional tennis player defeated John Millman and Malek Jaziri in three sets before defeating Roger Federer, the world's No. 6, in the quarterfinal. After his semifinal win against Taylor Fritz in straight sets, Basilashvili defeated Robert Bautista Agut in the ATP final and won the title.

The former No. 16 (2019) came into Doha ranked No. 42. Despite such downfall in his recent career, caused by deeply personal reasons, he bravely faced the challenge and found the strength to come back effectively. Through those unsuccessful months he, however, never lost strong support from his Georgian fans who vastly turned into his admirers after the country witnessed what a gentleman this young sportsman had been. Everyone kept faith in his abilities and hoped to see Georgia's sweetheart win again.

The moment he defeated his own role model, Roger Federer, the people and the government of Georgia, generally, divided and opposing each other over different aspects of politics and economics, have united in congratulating Nikoloz Basilashvili on a winning streak. In many ways, this was not a victory of just one talented sportsman but far more indeed.