The sportsman who tamed the wind 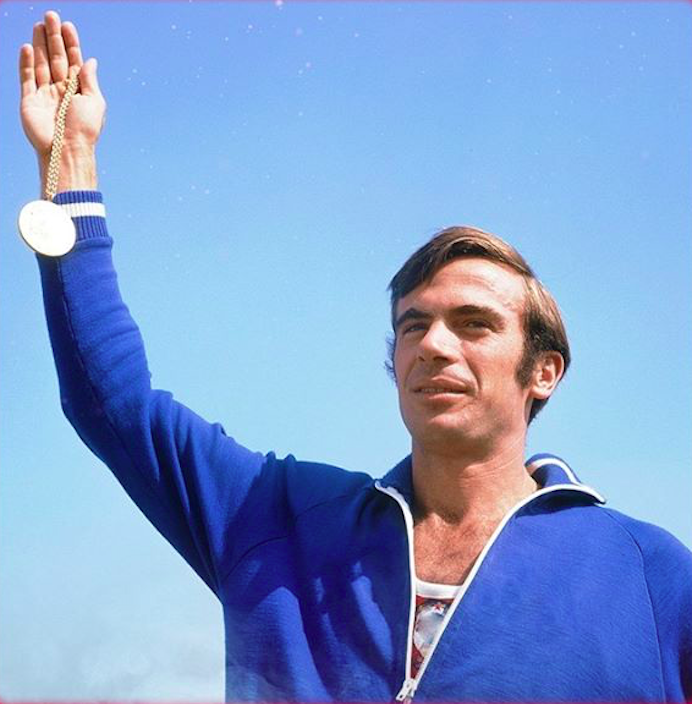 Legendary Georgian, a true gentleman, and the unique Olympic sportsman of the 20th century passed away.

Viktor Saneyev, 76, died of a heart attack in Sydney, Australia, far away from his beloved homeland and the people who hearted Viktor Saneyev during his lifetime and will forever cherish the memory of this incomparably great person.

Viktor Saneyev was born on 3 October 1945 in Sukhumi, Georgia. He lived and trained in Sukhumi and Tbilisi. His first coach was Akop Kerselyan who played a significant role in the young sportsman's career as a wise mentor.

The best Georgian triple jumper competed for Georgian SSR and internationally for USSR. He won four Olympic medals, including three golds (1968, 1972, and 1976) and one silver (1980). He twice won European championships in triple jump (1969 and 1974).

He was awarded the Order of the Red Banner of Labour (1969), Order of Lenin (1972), and Order of Friendship of Peoples (1976). In 1980, the 35-year-old competitor was selected as an Olympic torchbearer despite the general tradition of giving such an honour exclusively to retired athletes.

Viktor Saneyev retired after the 1980 Olympics. At first, he headed the USSR jumping team for four years and then worked at his former club, Dynamo Tbilisi.

After the Soviet Union broke up and Georgia regained independence, a civil war started in Georgia that made about 300,000 locals homeless, Viktor Saneyev's family among them. In 1991, he was invited to an athletics conference in Australia. Same time the Georgian sportsman faced two options – to get employed in Russia and move to live there or, like thousands of his fellow Georgians, try luck over the sea. A deeply patriotic man who put down similar offers from Russia, Ukraine and Kazakhstan in the past, chose to pick the harder way and moved to Australia with his wife Tatiana 'Yana' and 15-year-old son Alexander 'Sandro'.

When his coaching contract at St Joseph's College, Hunters Hill, expired, it has not been prolonged by his boss as expected. Deeply stressed and upset with the fact, Viktor Saneyev put his Olympic medals to sale in the local newspaper. However, buyers intended to get them as cheap as chips, so the sportsman changed his mind and took a pizza delivery as his day job until better times. After three years he was offered the position of jumping coach at the New South Wales Institute of Sport.

The graduate of the Georgian State University of Subtropical Agriculture and Tbilisi State University, Viktor Saneyev found peace in gardening after retirement from coaching and enjoyed growing lemons, grapefruits and other subtropical plants in his backyard.

Viktor Saneyev was awarded Vakhtang Gorgasali I and II degree orders, the Order of Merit and the Presidential Order of Excellence (2018). Also, he held the Order of the International Olympic Committee and was awarded the title of Honorary Citizen of Tbilisi. Being an extremely modest person, he expressed a great surprise when in 1999 he was named the greatest Georgian sportsman of the 20th century.

Viktor Saneyev never lost contact with his homeland and his people, frequently visiting Georgia from Australia. At the Sydney Olympics (2000) Victor Saneyev who already held Australian citizenship was appointed and served as the Olympic Attaché of Georgia.

Taking into consideration the great appreciation and love of the Georgian people and Viktor Saneyev's immense contribution to Georgian sport, the Georgian government offered his widow to cover all expenses for transportation and formal funeral at the Pantheon. However, the Saneyev family made a decision to arrange the burial in Australia as they intend to remain over there.

With heartfelt condolences, the BRAMS Institute team expresses their deepest sympathy to the late Viktor Saneyev's family as they struggle through the grief and sadness.