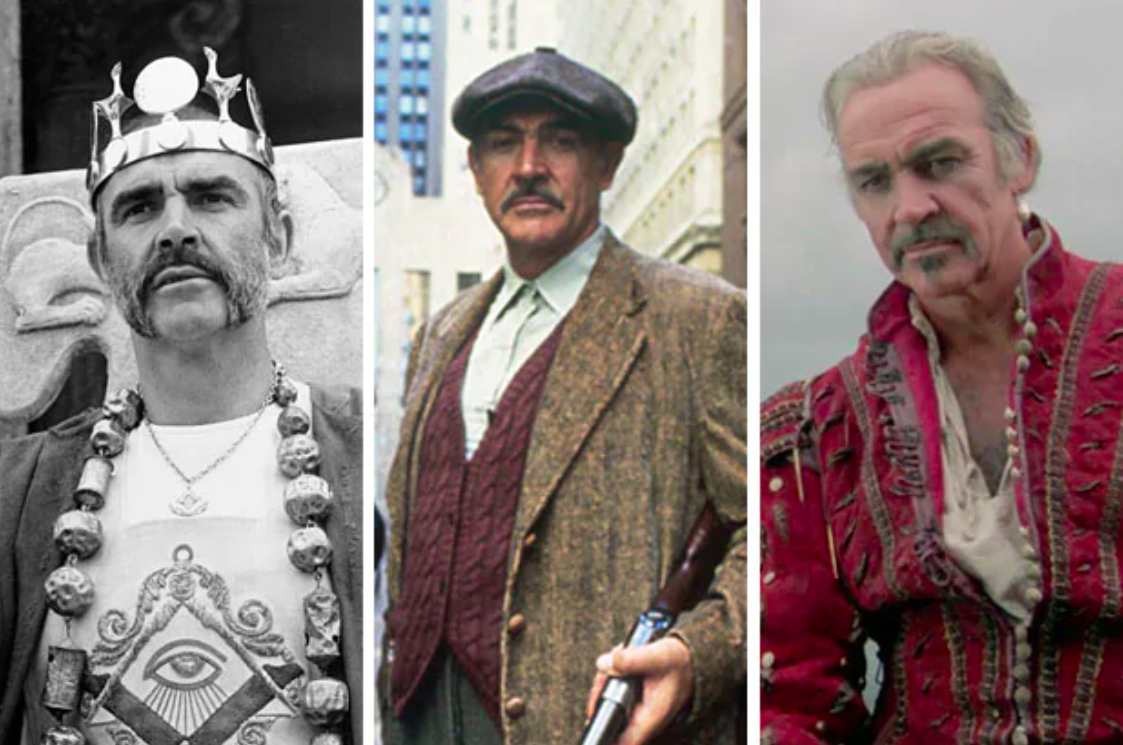 The Oscar-winning Scottish actor who is considered to be an iconic James Bond died at 90. Sir Sean Connery passed away peacefully in his sleep in Nassau, the Bahamas, his family said.

Micheline Roquebrune, 91, told the Daily Mail about the death of her husband of 45 years: "He struggled with dementia in his final months and it took its toll on him... He was not able to express himself latterly... At least he died in his sleep and it was just so peaceful. I was with him all the time and he just slipped away".

The son of a Roman Catholic factory worker and lorry driver, Joseph Connery who died of throat cancer at the age of sixty-nine in August 1972, and a Protestant domestic cleaner, Euphemia "Effie" McBain McLean, the future "Scotland's Greatest Living National Treasure" – Thomas Sean Connery was born in the Fountainbridge area of Edinburgh on 25 August 1930. He had Irish origins from his father's side while his mother was from the Isle of Skye. At the age of 16, he made two small tattoos on his right arm proclaimed: "Scotland forever" and "Mum and Dad". These reflected two of his lifelong commitments.

Although he was small in primary school, Tommy grew rapidly around the age of 12, reaching his full adult height of 6 ft 2 in (188 cm) at 18. Thus, he was known as "Big Tam" during his teen years. Young Connery started smoking when he was nine years old, and he left school at 13 with no qualifications. He spent time delivering milk, polishing coffins, and laying bricks until he joined the Royal Navy at the age of 16. After three years duodenal ulcer forced him to leave the service. He received a disability pension for a period after this. Then he drove trucks, worked as a lifeguard at Portobello pool, posed as a model at the Edinburgh College of Art, and spent his spare time bodybuilding.

A keen footballer, Connery played for Bonnyrigg Rose and once turned heads with a superb goal against Broxburn Athletic in the 1951 Scottish Junior Cup tie. He was offered a £25-a-week contract at Manchester United. However, he decided to pursue his luck on the stage as he had already been bitten by the acting bug when odd-jobbing at a local theatre. Later in his life, he called this particular decision "one of my more intelligent moves".

On the actor's death, Bonnyrigg Rose Athletic FC tweeted: "A rainbow falls on to NDP following the sad announcement of probably our most famous footballer and one of the most iconic Scots of all time. We would like to offer our deepest condolences to his family. RIP Sean".

In 1953, Connery participated in the Mr Universe competition held in London, finishing third in the tall man's division. Connery made the first of many appearances as a film extra in the 1954 film "Lilacs in the Spring". He had minor roles on television too, including a gangster in an episode of the BBC police drama "Dixon of Dock Green" (1956). In 1957, he got his first leading role in "Blood Money". Connery was suggested on the role by the director's wife, Dana Broccoli, who told her husband: "The ladies will like him".

In 1958, he played alongside Lana Turner in the film "Another Time, Another Place". Her boyfriend, the mobster Johnny Stompanato, felt jealous because of the rumours of a romance between Connery and Turner. As a result, he stormed on set and pulled out a gun. Connery grabbed it from his hand and overpowered the angry gangster before others stepped in.

31-year-old Sean Connery had a great career break as an actor when Producers Cubby Broccoli and Harry Saltzman who acquired the rights to film Ian Fleming's novels, were looking for an actor to portray 007. Broccoli's wife, Dana, persuaded her husband that Connery had the magnetism and sexual chemistry for the part. Ian Fleming was not happy with the choice as he favoured Cary Grant. There were other candidates such as Richard Burton, Rex Harrison, Lord Lucan, Patrick McGoohan, David Niven, Peter Snow, Laurence Harvey, Richard Todd, Trevor Howard, James Mason, Steve Reeves, Richard Johnson, William Franklyn, Stanley Baker, Ian Hendry, Rod Taylor, and George Baker. Eventually, the author changed his mind after seeing Sean Connery acting. Fleming even wrote a half-Scottish history for the character in some of his later works. A director friend, Terence Young, took Connery to expensive restaurants and casinos, teaching him how to carry himself, so Sean would adopt sophisticated tastes and pass as an elegant secret agent.

The first Bond film "Dr No" (1962) made a pile of money at the box office; President John Kennedy requested a private screening at the White House, to say the least. Sean Connery improvised his iconic line 'Bond. James Bond' in "Dr No" because he thought the initial introduction line 'I am James Bond' sounded unnatural. It took a few subsequent takes before he included the pause, giving the line its brilliant effect. Ever since hardly anyone can imagine 'James Bond' introducing himself any other way.

But Connery was lured back for "Diamonds Are Forever" (1971) by the producers who agreed on the actor's demand to pay him a then-record $1.25m fee. Connery used it to set up the Scottish International Education Trust, supporting the careers of up-and-coming Scottish artists.

In 1975, Connery starred in the Rudyard Kipling tale "The Man Who Would Be King" alongside his great friend Michael Caine. Apart from playing the leading roles together with the radiant movie star Audrey Hepburn in "Robin and Marian" (1976), most of the next decade Sean Connery spent his talent on performing in the supporting roles.

After losing money in a Spanish land deal, the actor accepted a lucrative offer to play James Bond again in "Never Say Never Again" (1983). The title was jokingly suggested by Connery's second wife who reminded her husband that he had vowed "never to play Bond again".

While filming, he took martial arts lessons from Steven Seagal and when he angered the instructor in the process, Seagal broke his wrist. Of the six actors who have played James Bond, Sean Conney is the only one who served in the Royal Navy, just like Bond.

The 1980s were the most successful for him as Sean Connery won a Bafta for his performance as William of Baskerville in Umberto Eco's "The Name of the Rose" (1986), and an Oscar for best supporting actor in "The Untouchables" (1987), where he performed as an Irish cop, Jim Malone, speaking with his heavy Scottish accent.

Being only 12 years older than Harrison Ford, Connery played his father in "Indiana Jones and the Last Crusade" (1989).

The 1990s were marked by the versatility of roles but still, there was a knowing nod towards James Bond when Connery played a British secret agent kept imprisoned for decades in "The Rock" (1996).

In 1991, Sean Connery made a humorous cameo appearance as King Richard the Lionheart in the final scene of "Robin Hood: Prince of Thieves" and donated his salary to charity.

A long-overdue knighthood finally awarded to the "Greatest Living Scot" in 2000, was reportedly held up twice by the Labour government because of his support for Scottish independence.

Sean Connery was knighted by Queen Elizabeth II in an hour-long investiture ceremony at Holyrood Palace in Edinburgh, Scotland, on 5 July 2000 accompanied by his wife Micheline, and younger brother Neil. Sir Sean Connery commented later: "It was one of the greatest days of my life".

Sir Sean Connery turned down the role of the Architect in "The Matrix Reloaded" (2003) and "The Matrix Revolutions" (2003) as well as the role of Gandalf in "The Lord of the Rings" (2006), declaring himself tired of acting and sick of the "idiots now making films in Hollywood".

Also, the actor did not want to move down to New Zealand for 18 months for filming, and could not understand the novels: "I had never read (J.R.R. Tolkien), and I didn't understand the script when they sent it to me. Bobbits? Hobbits?". The decision cost the actor an estimated $450 million.

Connery never changed his opinion, stating later: "I never understood it. I read the book. I read the script. I saw the movie. I still don't understand it".

In March 2003, Sean Connery made a statement that he would not return home until Scotland would become an independent country. He genuinely believed this could happen during his lifetime. However, the patriot would never happen to go back to where he was from. Still, Scotland was in his heart eternally.

Connery's life from a typical Edinburgh milkman to the award-winning international film superstar is retold in his autobiography "Being a Scot" (2008). The actor scheduled the release of the book on his birthday in his hometown of Edinburgh, Scotland.

In the 1990s, Sir Sean Connery permanently moved to Nassau, the Bahamas, where he lived together with his devoted second wife, Micheline Roquebrune, an artist he had met in Morocco and married on 6 May 1975.

Their son, Jason Connery who is an actor and movie director, has a son Dashiell Quinn Connery born in June 1997 with his ex-wife Mia Sara, who starred in "Ferris Bueller’s Day Off " (1986) alongside Matthew Broderick.

The widow told the Daily Mail that Sir Sean Connery would be cremated in the Bahamas, according to the actor's wish, and a memorial service held at a later date, the venue for which has to be decided. It is not known whether his ashes will be brought back to Scotland.

"There will be a private ceremony followed by a memorial yet to be planned once the virus has ended", Connery's publicist Nancy Seltzer announced. 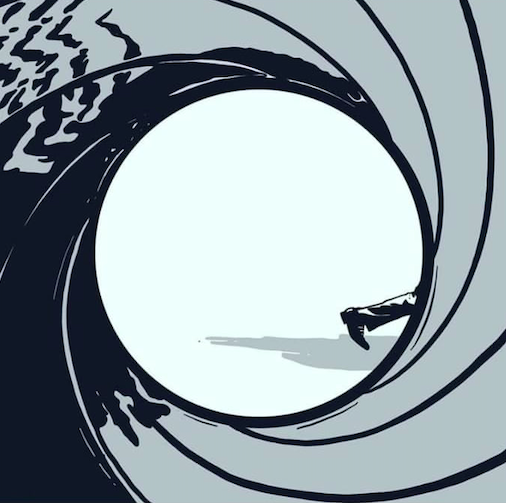