The man who built much of modern Bahrain 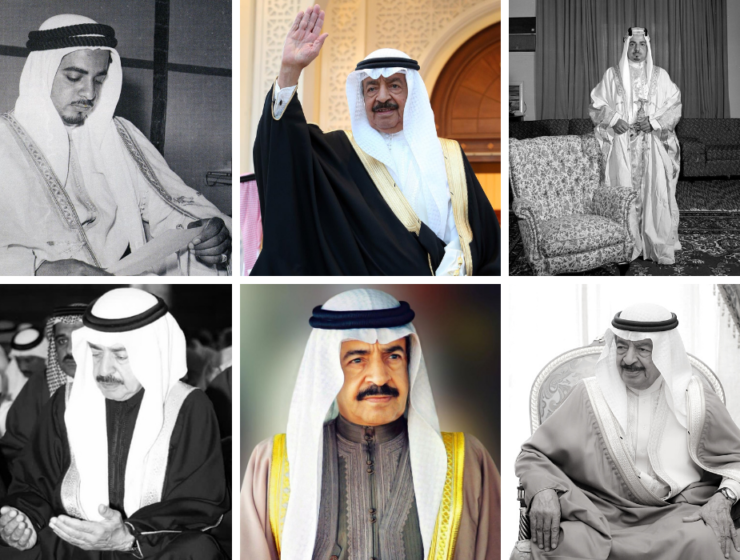 The saddening news was announced by the Bahraini royal palace on Twitter today. PM Sheikh al-Khalifa faced several health problems, including two heart attacks, since November 2015. He travelled to southeast Asia for medical appointments. In September 2019, he suffered from a stroke and was transferred to Germany for treatment until 20 March the following year. On 20 July 2020, the PM presided over the cabinet session the last time and left for the United States for further treatment on 15 August.

The late PM was the leading figure in making Bahrain a regional hub for finance, trade, tourism, and motorsports by far-reaching political steps when he sought to move the country beyond its dependence on oil. During his rule, Bahrain ranked the 23rd among the richest countries in the world with a $50,870 GDP per capita. The tourism industry boomed, attracting approximately 12 million visitors annually. The Arab League and Asian Tourism titled Manama the ‘Capital of Arab Tourism for 2013’. The Bahrain Tourism and Exhibitions Authority (BTEA) launched the Bahrain Food Festival, which boosted the interest of travellers towards the Gulf state even more. Formula 1 Gulf Air Bahrain Grand Prix was renowned, becoming a mainstay on the F1 Calendar.

In many ways, Sheikh Khalifa was a modern individual with a solid traditional set of mind, wrongly branded by some as a charismatic person while he was simply a talented, educated and well-trained politician with an unusual, daring character, always true to his brave Arabic roots. Hence, the PM managed to serve his country with the dignity that will need time to fully understand the historical achievements this one man brought to his homeland through the ups and downs of the unstable era Khalifa bin Salman safely guided Bahrain. No wonder that the island Kingdom saw a rapid development under his guidance.

The uncle of current King Hamad bin Isa al-Khalifa, Prime Minister of Bahrain was widely known as a traditionalist with progressive international political viewpoints. During his years in service, the country established alliances with the United States and the United Kingdom. As a result of the course of his foreign affairs, the US Navy’s Fifth Fleet was based in the Persian Gulf while the British Royal Navy had a major facility floating in the waters of Bahrain, between Saudi Arabia and Qatar.

The late Prime Minister faced endless challenges, overcoming them all as a true winner. A man of solid principals and a confident politician, repeatedly put down opposition unrest during his long-lasting service to his homeland. In 1979, the Iran Revolution threatened the Bahraini Royal Family rule since a similar revolutionary ideology spread among the Shiite population of the Gulf state. As a result of his strong ruling manner, Sheikh al-Khalifa prevented two pro-Iranian coup attempts in the 1980s. The Bahraini Shiite population failed against his sturdy reaction when they rose up again in the 1990s, demanding political reforms and economic development.

The Bahraini uprising lasted from 14 February 2011 till 2 March 2014, resulted in 122 dead as of 3 November 2012 and about 2,708 injured; a number of arrests occurred. When pro-government demonstrators and rebellious protesters started to attack and injure each other, the Royal Family authorised approximately 1,500 troops from Saudi Arabia and the United Arab Emirates to enter the country and take the situation under control, thus the street clashes between the Bahraini were prevented from eventually growing into a civil war by foreign force. The government arranged dialogues with the leaders of the opposition and offered a project of amendments to the 2002 Constitution. King Hamad bin Isa al-Khalifa commissioned a group of international human-rights lawyers to investigate. Only legal actions have been used against the Al Wefaq, their followers and supporters. Even though those steps were vastly cunning, they remained within the margins of democracy accustomed to the leading western states.

Talking to the German news magazine Der Spiegel on 27 April 2012, Sheikh al-Khalifa expressed his criticism of unrest across the Arab world that was dubbed by the western media in a rather poetic but politically cruel manner as 'the Arab Spring uprisings': "This is not an ‘Arab spring’. Spring is connected with flowers, happy people and love – not death, chaos, and destruction". When questioned about his long-lasting tenure as the head of the Kingdom's government, which was mainly formed by al-Khalifa royal family members, the smart politician pointed at the versatility of the world's leading democracies: "So what? Democratic systems are very different. Why can’t we also be different?".

Indeed, Sheikh Khalifa had successfully balanced the small country's massive unsteadiness caused by the Shiite majority of the population and Sunni minority of the ruling dynasty. It was rather symbolic for the late PM since 'Bahrain' in Arabic means 'two seas', and he was the core political figure between the clashing controversies of religious waves in the Gulf state for almost half a century.

Khalifa bin Salman was the first Arab PM to receive the Peace Flame Award from the Association for the Advancement of Peace, Austria (30 March 2016), and the Arab League Shield for leadership in Arab development from the Arab League (19 April 2017). He received numerous other awards in his time, including the Visionary Award 2009 from the Union of Arab Banks, and the United Nations Millennium Development Goals Award (2010). In 2016, he became the first Arab Prime Minister to be honoured by the International Telecommunication Union (ITU) for his support of the use of ICTs in achieving the Sustainable Development Goals.

Among others, HRH Prince Khalifa was awarded:

True to the Royal Family, personal goals, and patriotism, Khalifa bin Salman succeeded in all aspects. There was a lot on his plate during his half-century tenure. So, no wonder that the PM enjoyed long walks to exercise and ponder over the state issues at the same time. The late Prime Minister was especially interested in international economic and political affairs, following closely all the updates in these fields. The official website of the Kingdom of Bahrain names painting as Prince Khalifas's most favourite hobby. He was also keen on agriculture, horticulture, and wildlife, especially, birds.

The second son of Salman bin Hamad al-Khalifa – the ruler of Bahrain from 1942 until his death in 1961 – and the Sheikh's second wife Mouza bint Hamad al-Khalifa, Sheikh al-Khalifa was born on 24 November 1935. Before he began his formal education, Sheikh bin Salman was taught the Holy Quran by one of the most famous Sheikhs in Bahrain of the time being. Also, the young prince was educated by a group of the most qualified teachers appointed by his ruling father. The boy studied basic subjects before he was enrolled at the government school. Between 1957 and 1959, Khalifa bin Salman was sent to study in the United Kingdom during his school breaks.

From March 1953, when the future Prime Minister of Bahrain was 17-year old, he started to sharpen up the skills of governance as an assistant in the Office of his father, the Ruler of Bahrain, while his homeland was still a British protectorate. His elder brother, Isa bin Salman al-Khalifa took power in 1961, becoming the emir after Bahrain gained its independence from Britain in 1971. The ruler handled the diplomacy and fulfilled the royal ceremonial duties while his younger brother Sheikh Khalifa ran the government and guided the economical course of Bahrain.

In 2017, a new city in Bahrain – Khalifa Town – was named after the Prime Minister in recognition of his historic achievements and valuable contributions to the nation. His devoted supporters believe that Sheikh Khalifa will remain a source of inspiration for the generations to come as a man and as a politician. The political legacy of Sheikh Khalifa will be “a model to be emulated, an approach to be followed and a luminous course for current and future generations in giving and giving”, the speaker of Bahraini Parliament, Fawzia Zainal told a Mideast news agency The Media Line when commenting on the legacy of the late politician.

HRH Hamad bin Isa al-Khalifa – who became the Emir of Bahrain in 1999 and assumed the title of king in 2002, proclaiming Bahrain a kingdom and establishing a constitutional monarchy – announced week-long official mourning over his uncle during which the kingdom's flags will be lowered to half-mast. All government institutions will remain closed for three days, starting Thursday. The burial ceremony will take place on Thursday when the body of the late Prime Minister is returned from the United States. The funeral will be attended by a specific number of relatives to prevent a coronavirus spread, according to the statement made by the Bahrain News Agency.

Tributes and condolences are sent from all around the globe, including from leaders such as Custodian of the Two Holy Mosques King Salman bin Abdulaziz al-Saud and the British Prime Minister Boris Johnson. "The late great Prince Khalifa bin Salman al-Khalifa was a man of historic stature whose name was associated with the modern development of Bahrain and the Arabian Gulf. He was a man of solid principles and positions. And a model of the historical men who contributed to the crystallisation of the modern Gulf", the Minister of State for Foreign Affairs of United Arab Emirates, Anwar Gargash wrote on Twitter. Prime Minister and Vice President of the UAE, HH Sheikh Mohammed bin Rashid al-Maktoum noted in his official statement, that Sheikh Khalifa led the country to the “developmental journey that contributed to shaping Bahrain’s modern history”.

The world's leading newspapers such as The Telegraph, The New York Times, The Washington Post, The Evening Standard, The Financial Times, as well as the news agencies Reuters, BBC, CNN, ABC News, Al Jazeera, and others published obituaries, noting the political achievements of the late Prime Minister of the Kingdom of Bahrain, and his political contribution and impact on the modern world.

Sheikh al-Khalifa was married to his cousin Hessa bint Ali al-Khalida. They have three surviving children, sons Ali and Salman, and daughter Lulwa. Their son Mohammed died in 1974.

By a royal decree, which takes effect immediately, the King of Bahrain, acting according to the Constitution, appointed his eldest son, HRH Crown Prince Salman al-Khalifa, 51, as a new prime minister. Since he became the crown prince of Bahrain in 1999, Salman bin Hamad al-Khalifa has been known as an advocate of reforms. However, most meaningful changes were consistently blocked by the Royal Family hardliners such as the late Prime Minister of Bahrain, Reuters reported. If this is correct, the steadiness of the conservative rule in Bahrain might finish with the passing of Sheikh al-Khalifa. The crown prince Salman al-Khalifa as a new head of the government, will definitely mark a new era in the life of the Gulf state.