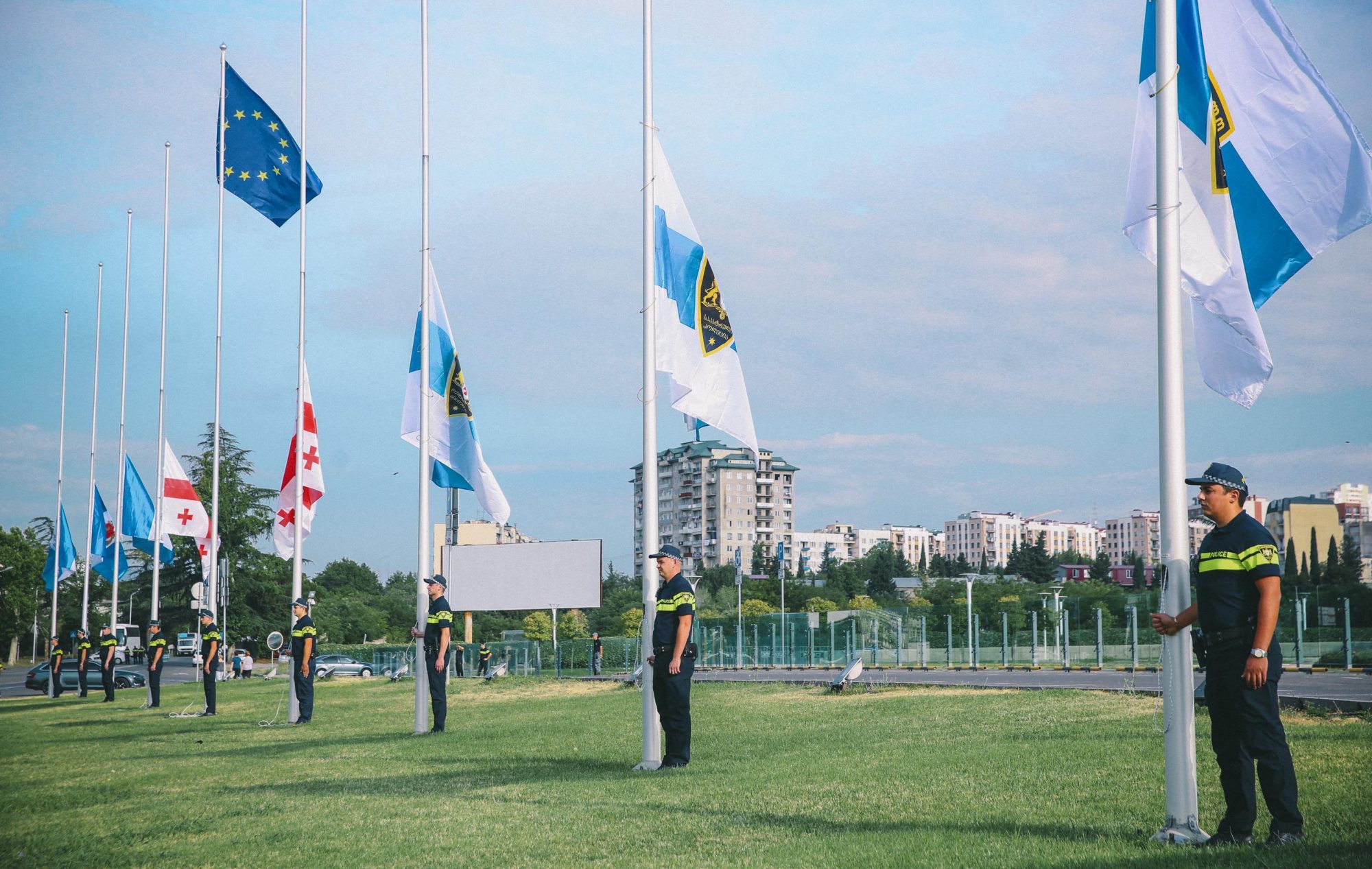 A National Day of mourning

Georgia is united in mourning its eight heroes following the tragic death of a rescue team and a tourist in Gudauri.

30 July is declared the national day of mourning by Georgia's government, and flags are at half-mast on all administrative buildings.

On 29 July 2022, a para plane carrying a tourist and an instructor crashed at the mountain. The Border Police helicopter of the Ministry of Internal Affairs of Georgia hurried to their rescue, although they tragically lost their lives when the mission ended in flames.

Eight crew members were on board at the moment of the crash: pilots – Colonel Zaza Loria, Lieutenant Colonel Levan Chokheli, Major Dimitri Kaadze, and Lieutenant Andro Kujoshvili; two members of the rescue squad of the Emergency Management Agency of the Ministry of Internal Affairs of Georgia – George Margiani and Kakha Torchinava, and two doctors of the Emergency Preparedness and Response Unit for the Georgia Department of Public Health – Ketevan 'Katie' Gulaghashvili and George 'Gio' Venetskiy.

CONTENT WARNING: The following video contains material that may be traumatising…