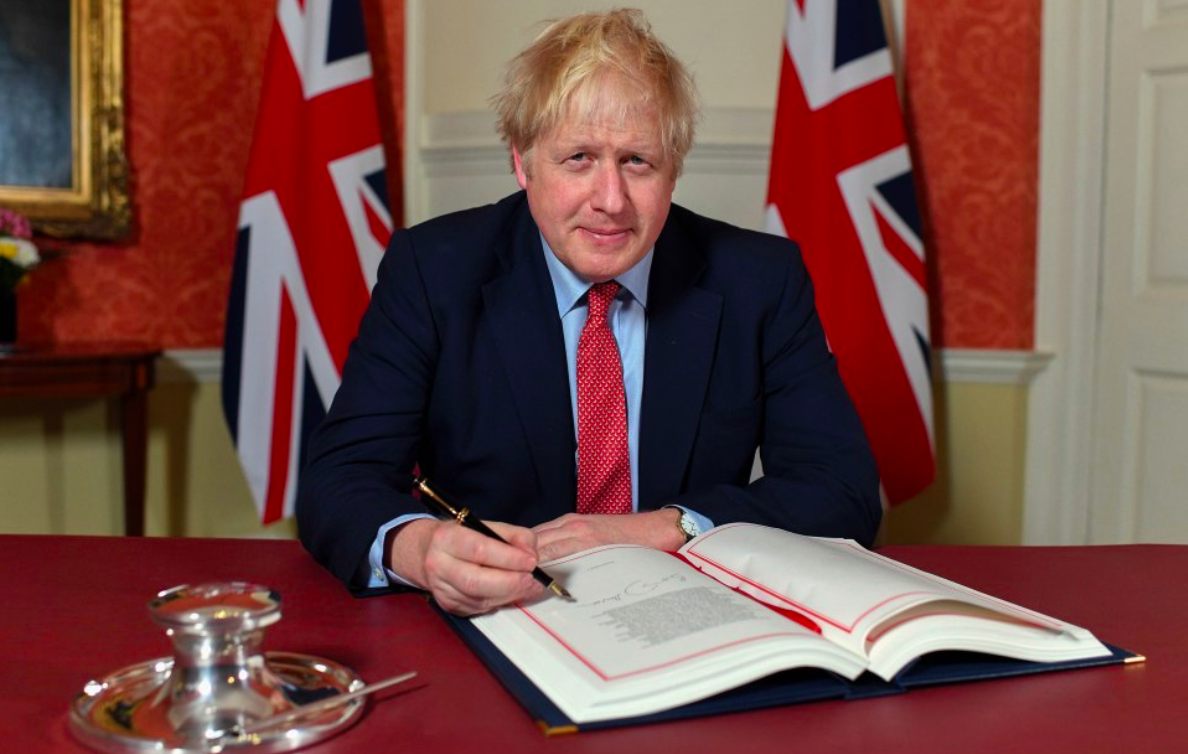 On 24 January 2020, the British PM signed the EU divorce treaty using a Parker fountain pen, 'traditional for ceremonial signings in Downing Street'. Despite the European skeptics, Prime Minister Boris Johnson insists that the UK can finally move forward 'after years of wrangling over Brexit'.

The day started with EU presidents Ursula von der Leyen and Charles Michel signing the Withdrawal Agreement in Brussels shortly before noon and thus, opening the way for its ratification by the European Parliament next Wednesday. Afterwards, the document was taken to Downing Street by EU and UK officials, for signing by UK Prime Minister Boris Johnson. A copy of the agreement shall be sent back to Brussels while another copy of it remains in London.

PM Johnson said: “The signing of the Withdrawal Agreement is a fantastic moment, which finally delivers the result of the 2016 referendum and brings to an end far too many years of argument and division. We can now move forward as one country – with a Government focused upon delivering better public services, greater opportunity and unleashing the potential of every corner of our brilliant United Kingdom while building a strong new relationship with the EU as friends and sovereign equals".

Yesterday Queen Elizabeth II approved the legislation for Boris Johnson’s Brexit deal after the legislation cleared both Houses of Parliament, withdrawing her famous political correctness and neutrality she firmly kept for almost four years. Department for exiting the EU announced about Royal Assent on Thursday evening uploading a video "The Brexit Act" on its Twitter page. The PM tweeted later the same night: "The Withdrawal Agreement has received Royal Assent and is now law. We will leave the EU on January 31st".

Brexit sets free the United Kingdom after 46 years of controversial co-existence within the EU. This historical fact will influence global politics and change the fate of many other countries apart from the UK, especially, European countries, including Georgia. One might already dare to predict for Boris Johnson who did his best for honouring the democratic mandate of the British people, to become a similarly great politician for shaping the 21st century as Sir Winston Churchill was for the 20th century. Whatever the future brings, Brexit will forever enter world history as a true fight for independence and freedom, overshadowing the French Revolution in 1789-1799.