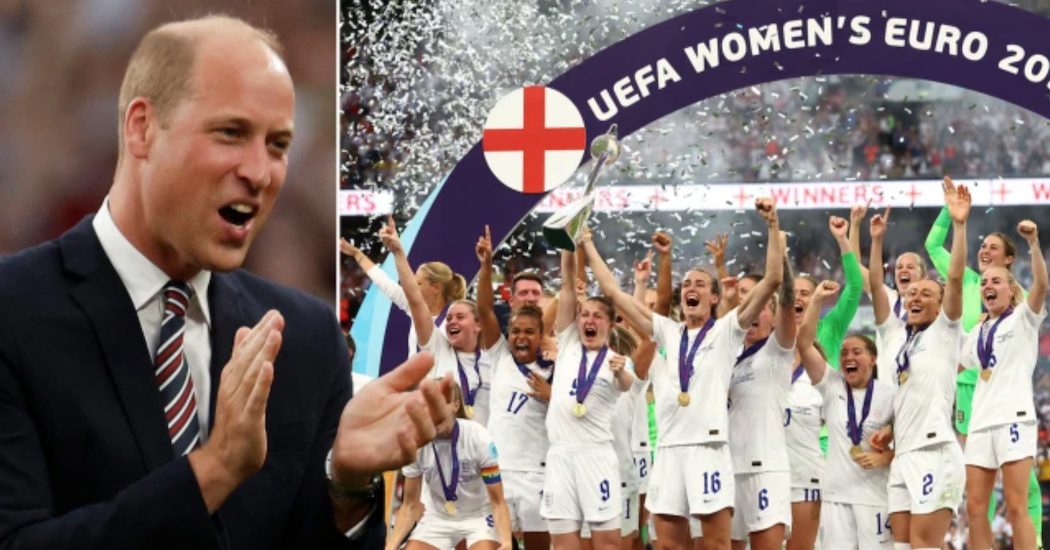 A record 87,192 Wembley crowd, including Prince William, Gary Lineker, Harry Kane, Shania Twain, and Spice Girls Geri Horner and Mel C shared the victory with the national team tonight as they became champions of Europe. A sweet video message from Princess Charlotte that spread earlier today must have brought good luck to the Lionesses.

Yesterday in her statement, the Queen showed her support for the Lionesses, predicting that the women would go down in history and be icons of sport: "My warmest congratulations, and those of my family, go to you all on winning the European Women’s Football Championships. It is a significant achievement for the entire team, including your support staff. The Championships and your performance in them have rightly won praise. However, your success goes far beyond the trophy you have so deservedly earned. You have all set an example that will be an inspiration for girls and women today, and for future generations. It is my hope that you will be as proud of the impact you have had on your sport as you are of the result today".

BRAMS Institute congratulates the team, their fans and the whole of England on this marvellous success!