Next promise by re-elected Prime Minister of NZ 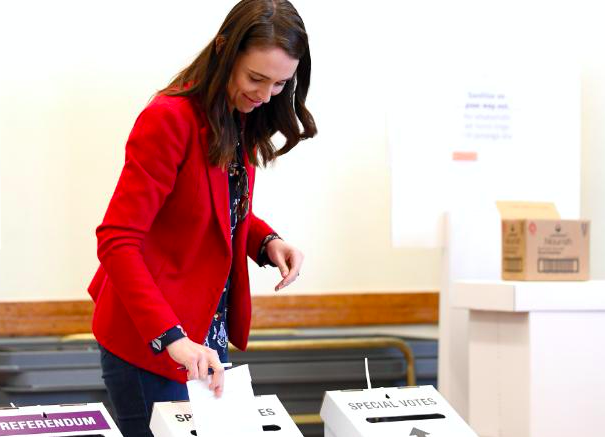 New Zealand PM Jacinda Ardern won the second term after her Labour Party's landslide victory today. Final results will be released in three weeks once additional votes – including the results from overseas – are counted.

Labour's campaign slogan "Let's Keep Moving" seemed rather plain to many but it reflected the plain political image of their leader who kept moving successfully since her college years towards her simple goal of becoming a prime minister. Sometimes life proves the biblical wisdom that suggests asking for what you want to be granted your wish come true.

Despite these unprecedented disasters, Ardern's reelection was obviously successfully guaranteed by her "go hard and go early" approach to handling the coronavirus. New Zealand was one of the first nations to close its borders, and there were two extended periods of lockdown, which has helped the country to avoid the kind of devastating outbreaks seen elsewhere. Ardern announced a nationwide lockdown in March when it only had 102 cases and, also, she postponed the election from September 19 to October 17. New Zealand has reported less than 2,000 total cases and 25 deaths since the pandemic began.

She has no harsh opposition. However, there are plenty of people who disagree with her political choice and never voted for her. Ardern and NZ Labour Party have attacked the rural community by creating strict environmental controls to clean up the country's polluted waterways. This made local farmers' life harder. Since New Zealand has taken on more public debt this year to cope with the economic impact of the coronavirus pandemic the people worry that her party – that never gave any explanations towards the crucial question of how they plan to repay it – has poor business expertise. Accordingly, her detractors have labeled Prime Minister Ardern "Taxcinda" due to her party's tendency to taxing.

There are other key criticisms of Jacinda Ardern as a prime minister. However, it is now obvious that more of his fellow citizens believe in her ability to lead the country towards her promised "transformation" rather than doubt her abilities based on facts. In her speech on Saturday night, Jacinda Ardern said: "I can promise you: we will be a party that governs for every New Zealander".