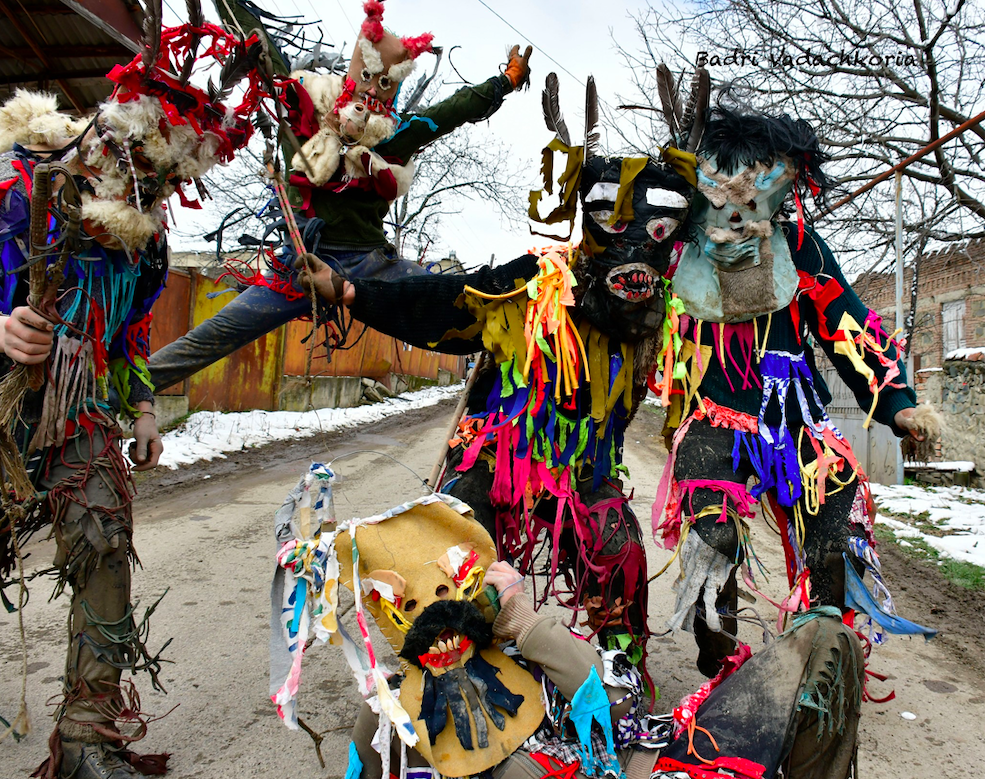 Every year, before Lent starts, a Georgian pagan ritual Berikaoba occurs. The noted Georgian photo artist Badri Vadachkoria visited Great Chailuri in the Kakheti region, Georgia, to catch the glimpse of the modern celebration of Berikaoba Day. During the pandemic, when no event can be held in the usual way, he generously shared impressions through his photographs.

Berikaoba is an ancient pagan Georgian ritual, dedicated to fertility and rebirth. It used to mark the arrival of spring. Later, when Christianity spread in the country and it became the state religion in the Kingdom of Georgia at the dawn of the 5th century, Berikaoba transformed into the last great holiday with a traditional feast before the Great Lent starts for a 40-day fast proceeding Easter.

At the same time, Berikaoba is an old Georgian folk theatre tradition. People who don traditional berika attire and mask, walk through the streets with joyful shouts are called berikas. They are welcomed with traditional Georgian food by people who prepare products ahead of the event. The children follow berikas and some adults also join the procession through the streets. Generally, competition in Georgian wrestling takes place among young people. Nowadays, the winners in different weight categories receive the victory cups. On Berikaoba day Churchella, the Georgian traditional dessert, is prepared outdoors and hung for drying either on horizontal wooden sticks, or branches of the trees in the garden.

The procession of berikas and the general public ends in a mass feast on the traditional area close to the town. Since Georgia consists of several regions with different traditions, Berikaoba is a diverse holiday, known with a few differences according to the local peculiarities in the different parts of the country. The same reason caused the birth of another name of the tradition, Keenoba, which was rather a political synonym, created by the Georgians in the times of Mongol conquests. Keenoba comes from the word Khan (Keen or Kaen in Georgian). Since all invaders used to ban the local traditions, the Georgians renamed their traditional event to please the enemy and gain the permission to keep the tradition. However, the name Berikaoba came back in use when the Mongol Empire declined.

Berikaoba in Great Chailuri, East Georgia, by Georgian Channel One