The Last Witches of England, by historian John Callow 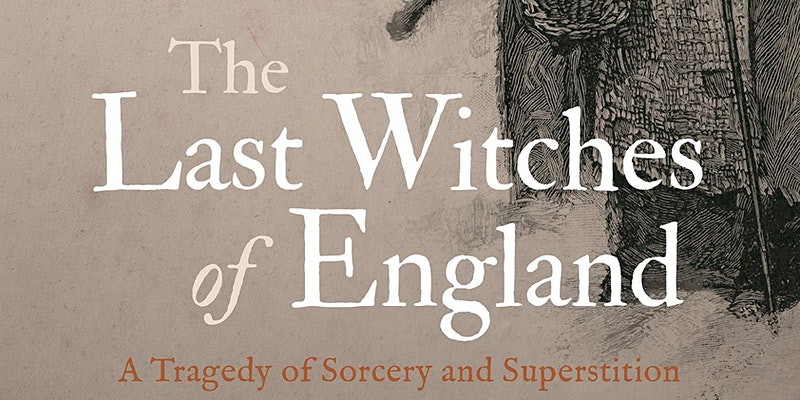 The Last Witches of England

Come along to this fascinating talk by historian Dr John Callow and let him present his latest work.

On the morning of Thursday 29 June 1682, a magpie came rasping, rapping and tapping at the window of a prosperous Devon merchant.

Frightened by its appearance, his servants and members of his family had, within a matter of hours, convinced themselves that the bird was an emissary of the devil sent by witches to destroy the fabric of their lives.

As the result of these allegations, three women of Bideford came to be forever defined as witches. A Secretary of State condemned them to the gallows to hang as the last group of women to be executed in England for the crime.

Yet, the hatred of their neighbours endured. For Bideford, it was said, was a place of witches.

The belief in witchcraft across England lingered on for more than a century after their deaths. In turn, ignored, reviled, and extinguished but never more than half-forgotten, it seems that the memory of these three women – and of their deeds and sufferings, both real and imagined – was transformed from canker to regret, and from regret into celebration in our own age.

Indeed, their example was cited during the final Parliamentary debates, in 1951, that saw the last of the witchcraft acts repealed, and their names were chanted, as both inspiration and incantation, by the women beyond the wire at Greenham Common.

In this talk, historian John Callow explores this amazing reversal of fate and the remarkable tale of the Bideford Witches.

Dr John Callow is an Honorary Research Fellow at the University of Suffolk who has written widely on early modern witchcraft, politics, and popular culture.

He is the author of The Making of King James II (2000) and Embracing the Darkness: A Cultural History of Witchcraft (2005, I.B. Tauris). He has appeared on the BBC Radio 4 documentary It Must Be Witchcraft, and the series on the Salem Witches on the Discovery Channel.

Please note that this event will be delivered as a 'blended event', meaning it will take place in the Kensington Library lecture hall in front of a live audience, and at the same time, the event will be streamed to those who wish to join us online.

You can choose to book an ONLINE ticket – you will receive the LINK TO JOIN the event via a Zoom webinar 24hrs before and on the day of the event in an email from the library.

You can also book a ticket to join us in person in the lecture hall - please choose the LIVE TICKET option when registering.

You can also make a DONATION - we welcome your donations, which we use to support our events programme. A donation will result in you receiving the link to join the event ONLINE.

You’ll be able to ask questions at the end of the talk through the chat, or for those joining us live, by raising your hand!

If you have any questions, please email us at libraries@rbkc.gov.uk

Title: The Last Witches of England