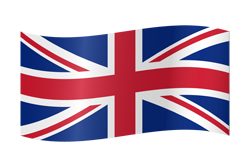 Drives on the left/right 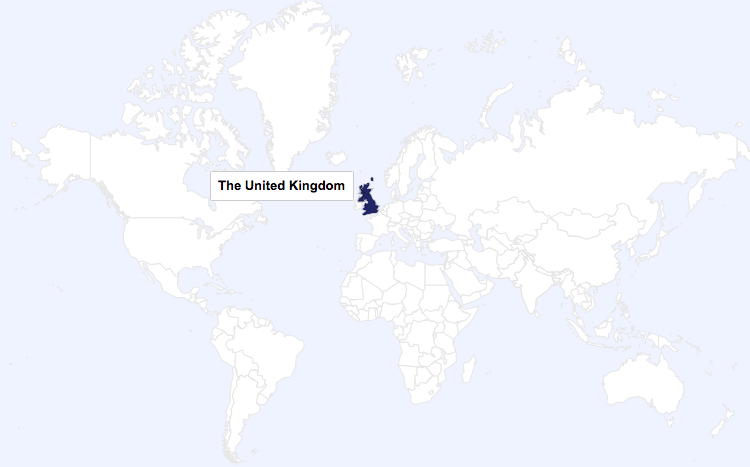 The United Kingdom of Great Britain and Northern Ireland, commonly known as the United Kingdom (UK) or Britain, is a sovereign country in Western Europe. Its capital and the largest city is London, a global city and financial centre with an urban area population of 10.3 million. Other major urban areas in the UK include the conurbations centred on Birmingham, Manchester, Leeds, Glasgow, and Liverpool.

The United Kingdom consists of four countries: England, Northern Ireland, Scotland, and Wales. Their capitals are London, Belfast, Edinburgh, and Cardiff respectively. There are fourteen British Overseas Territories, the remnants of the British Empire, which, at its height in the 1920s, encompassed almost a quarter of the world's land mass and was the largest empire in world history. British influence can be observed in the language, culture, and legal systems of many of its former colonies.

The United Kingdom is an extremely developed country and has the world's fifth-largest economy. It is also the 21st most populous country, with an estimated 66.0 million inhabitants in 2017.

The United Kingdom was the first industrialised country and the world's foremost power during the 19th and early 20th centuries. It remains a great power with considerable economic, cultural, military, scientific, and political influence internationally. It is a recognised nuclear weapons state and is sixth in military expenditure in the world.

It has been a permanent member of the United Nations Security Council since its first session in 1946; also, a member of the Commonwealth of Nations, the Council of Europe, the G7, the G20, NATO, the Organisation for Economic Co-operation and Development (OECD), Interpol, and the World Trade Organisation (WTO).

The UK has been a leading member state of the European Union (EU) and its predecessor, the European Economic Community (EEC), since 1973; however, a referendum in June 2016 resulted in 51.9% of British voters favouring to leave the European Union, and the country's exit is being negotiated ever since.

The United Kingdom is a constitutional monarchy with a parliamentary democracy. The current monarch is Queen Elizabeth II, who has reigned since 1952, making her the longest-serving current head of state.

'God Save the Queen/King' (depending on the gender of the reigning monarch) is the national or royal anthem in a number of Commonwealth realms, their territories, and the British Crown dependencies. The author of the tune is unknown, and it may originate in plainchant; an attribution to the composer John Bull is sometimes made. The term God Save the King historically first appeared in the Hebrew Tanach, in the Book of Kings (1 Kings 1:38–40). Like many aspects of British constitutional life, the anthem's official status derives from custom and use, not from Royal Proclamation or Act of Parliament.

'God Save the Queen" is the national anthem of the United Kingdom of Great Britain and Northern Ireland. Also, it is one of two national anthems used by New Zealand since 1977, as well as for several of the UK's territories that have their own additional local anthem or territorial national song. It is also the royal anthem – played specifically in the presence of the monarch – of all the aforementioned countries, as well as Australia (since 1984), Canada (since 1980), Barbados, and Tuvalu. The melody continues to be used for the national anthem of Liechtenstein, 'Oben am jungen Rhein', and the royal anthem of Norway, 'Kongesangen'. In the United States, the melody is used for the patriotic song 'My Country, 'Tis of Thee'.

Beyond its first verse, which is consistent, 'God Save the Queen/King' has many historic and extant versions. Since its first publication, different verses have been added and taken away. Generally, only one or two verses are sung, but on rare occasions, three.

There is a movement to establish an English national anthem, with Blake and Parry's 'Jerusalem' and Elgar's 'Land of Hope and Glory' among the top contenders. Scotland has its own national song and Wales has its own national anthem for political and national events and for use at international football, rugby union, and other sports in which those nations compete independently. On all occasions, Wales' national anthem is 'Hen Wald Fy Nhadau' (Land of my Fathers). Scotland has no single anthem; 'Scotland the Brave' was traditionally used until the 1990s, when 'Flower of Scotland' was adopted. In Northern Ireland, 'God Save the Queen' is still used as the official anthem.