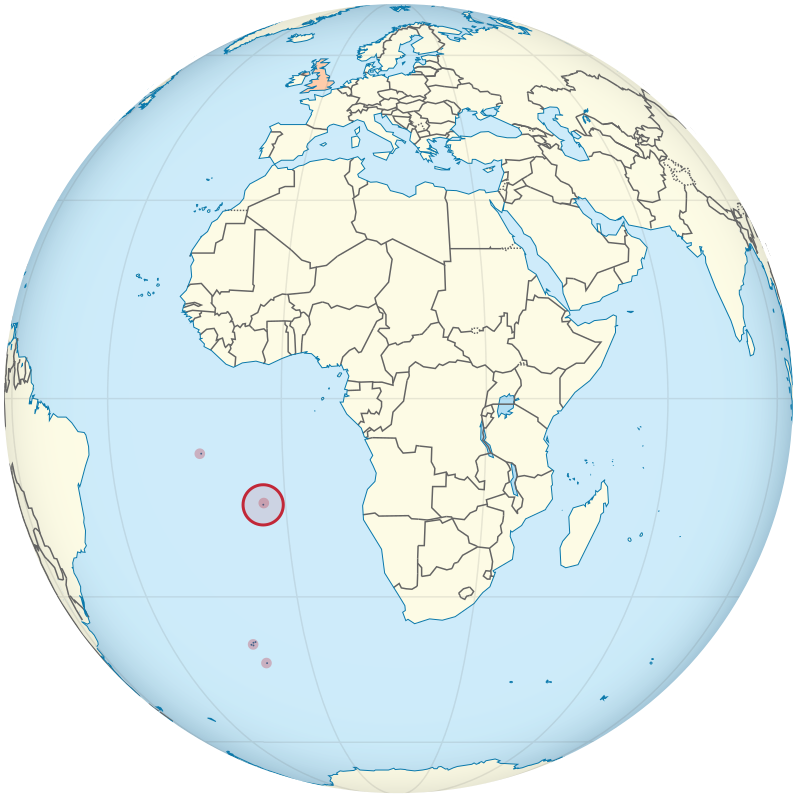 Saint Helena is a volcanic tropical island in the South Atlantic Ocean, 4,000 km east of Rio de Janeiro and 1,950 km west of the Cunene River, which marks the border between Namibia and Angola in southwestern Africa. It is part of the British Overseas Territory of Saint Helena, Ascension, and Tristan da Cunha. Saint Helena measures about 16 by 8 km and has a population of 4,534 (2016 census). It was named after Saint Helena of Constantinople. Majority of its population are Anglicans (over 81%).

Saint Helena is one of the most remote islands in the world and was uninhabited when discovered by the Portuguese in 1502. It was an important stopover for ships sailing to Europe from Asia and South Africa for centuries.

Napoleon was imprisoned there in exile by the British, as was Dinuzulu kaCetshwayo, for leading a Zulu army against British rule, and more than 5,000 Boers, taken prisoner during the Second Boer War.