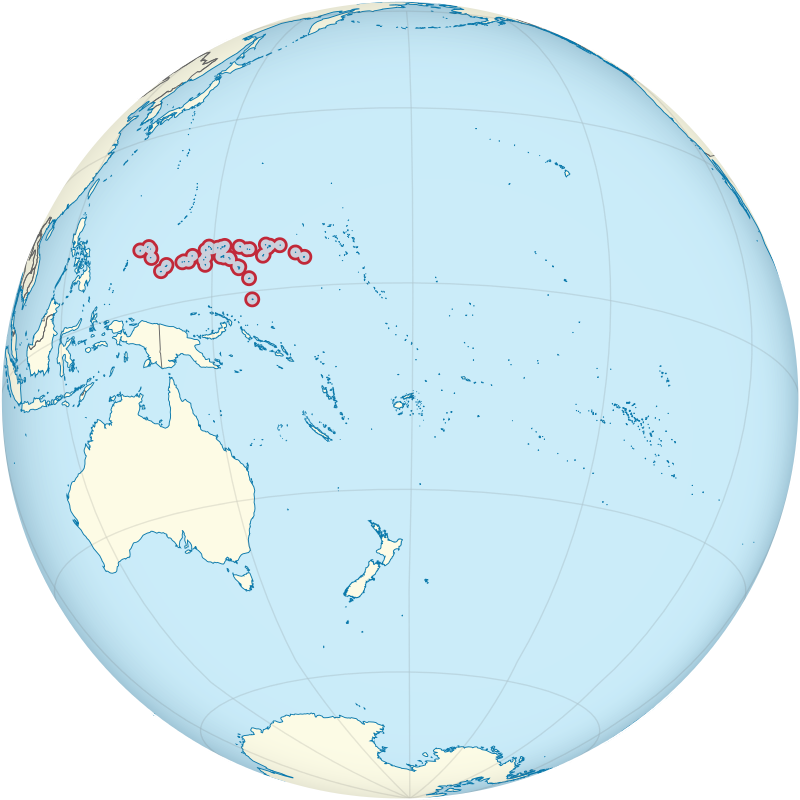 Federated States of Micronesia (also known simply as Micronesia) is an independent sovereign island nation and the United States associated state consisting of four states, from west to east – Yap, Chuuk, Pohnpei, and Kosrae – that are spread across the Western Pacific Ocean. Together, the states comprise around 607 islands that cover a longitudinal distance of almost 2,700 km just north of the equator.