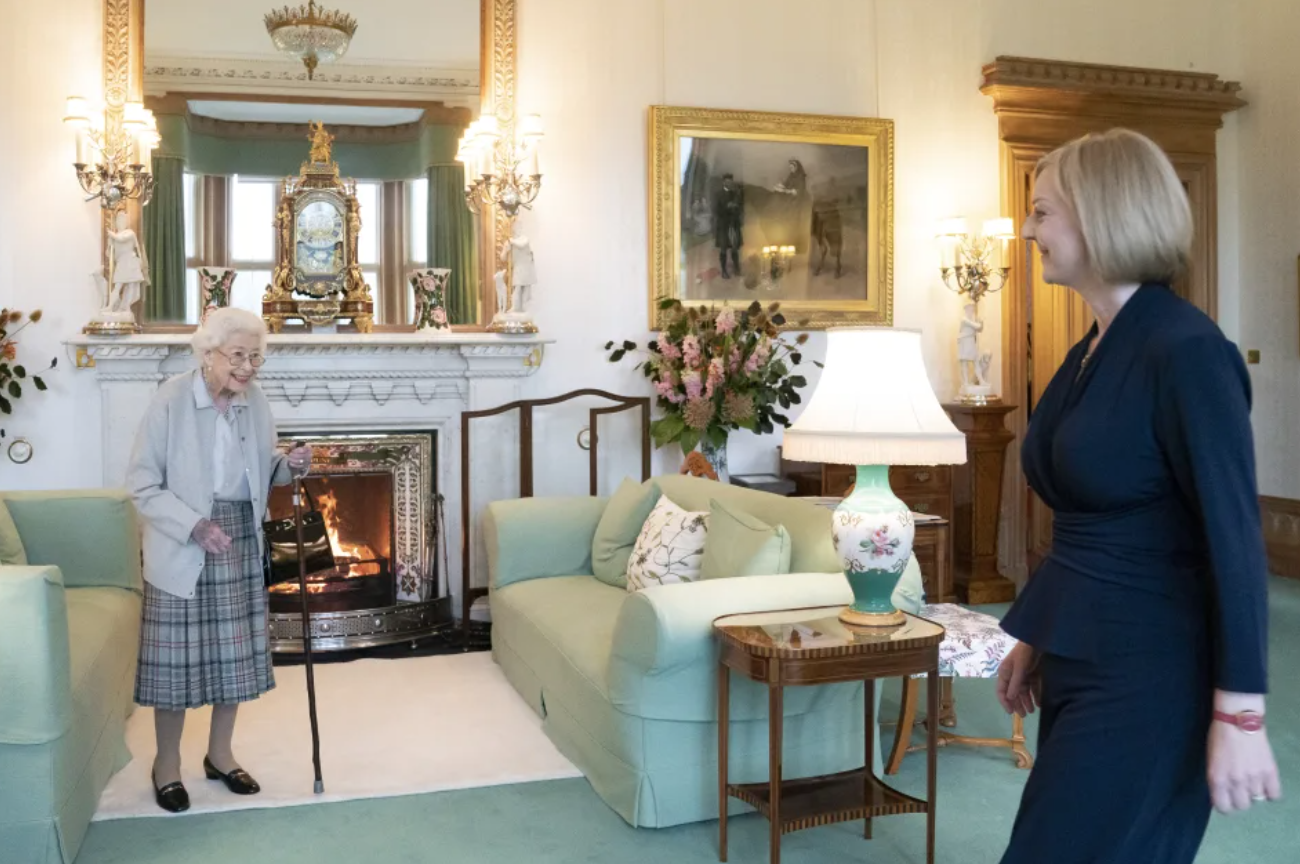 Today Elizabeth II appointed Liz Truss, 47, the next prime minister of Britain and asked her to form a new administration.

The Conservative Party leader was officially introduced to Her Majesty in the green-carpeted Drawing Room at Balmoral Castle, Scotland. The audience was dubbed "Liz meets Liz II". Buckingham Palace said in a statement: "Ms Truss accepted Her Majesty’s offer and kissed hands upon her appointment as prime minister and first lord of the treasury".

After three years and 44 days, Boris Johnson bid farewell to Number 10 on Tuesday. The valedictory speech by the outgoing prime minister was brought forward to earlier hours this morning as thunderstorms were forecasted to hit London today. After Boris Johnson addressed the country, he travelled to Scotland with his wife Carrie to see the Queen at Balmoral Castle and tender his resignation as prime minister. Following convention, Mr and Mrs Johnson left the royal estate via a private route a few minutes before midday.

On 5 September, the day Ms Truss officially became leader of the United Kingdom, a 28-year-old video showing her unflattering views on the monarchy, was spread on social media. Back in 1994, a 19-year-old Liz Truss, then a member of the Liberal Democrats, called for the monarchy to be abolished when addressing the party's conference in Brighton. Although, two years later, she had a change of heart and joined the Conservative Party.

After her audience with the Queen, PM Truss returned to Downing Street, where she delivered her first speech as the Prime Minister of Britain.