The End Of A Brilliant Royal Era Saddens Millions tonight 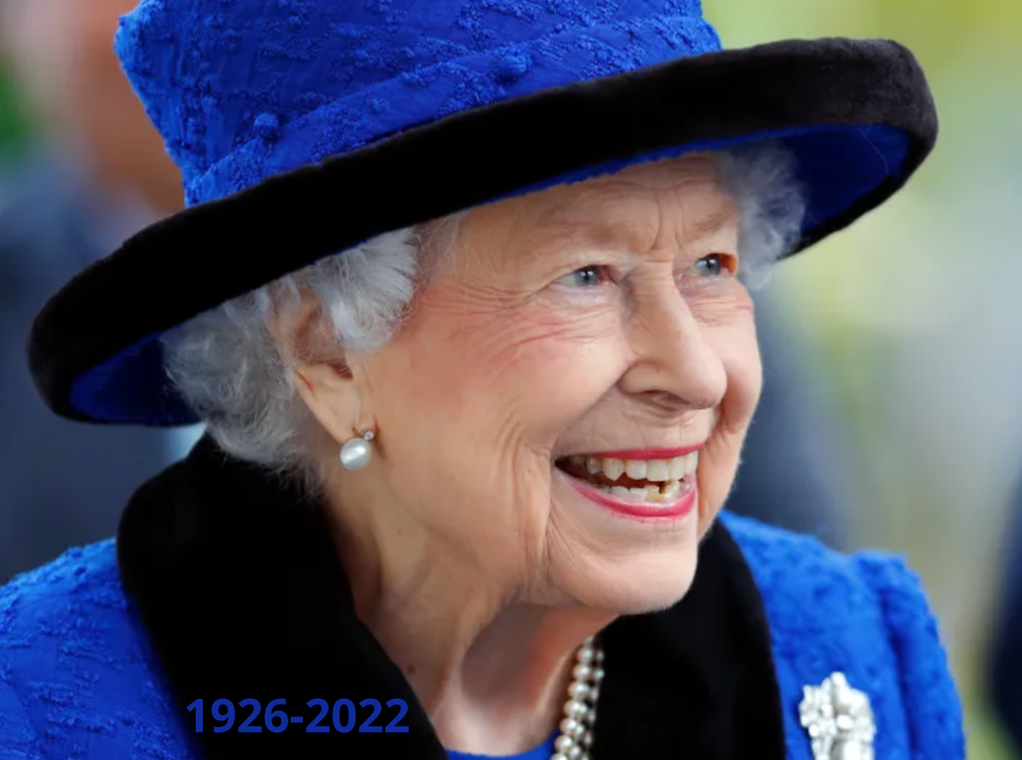 Her Majesty Queen Elizabeth II, 96, has died at Balmoral, Aberdeenshire.

Earlier today, she was placed under medical supervision. All her children – Charles, 73, Princess Anne, 72, Prince Andrew, 62, and Prince Edward, 58, hurried to her Scottish Highland retreat, Balmoral. In a statement at 6:30 pm GMT, Buckingham Palace said: “The Queen died peacefully at Balmoral this afternoon. The King and The Queen Consort will remain at Balmoral this evening and will return to London tomorrow”.

After 70 years of remarkable service to her country and people, Britain's longest-reigning monarch left the Royal Family and the world distressed. Her Majesty was an exceptionally dutiful sovereign, serving the country almost till her last breath – two days earlier the Queen appointed Liz Truss as the 15th prime minister of her reign and despite the fact of being unwell for quite a while, Her Majesty was seen smiling in photographs although she clearly looked frail and used a walking stick.

As we mourn the loss of the most outstanding Queen in British history, we should also cherish her fruitful life and extraordinary reign.

At the age of 21, she married Lieutenant Philip Mountbatten of Greece, 26, at Westminster Abbey in 1947 in front of 2,000 guests. Princess Elizabeth was dressed in an ivory silk Norman Hartnell gown, decorated with 10,000 seed pearls, glittering crystals and an intricate 13ft (4m) star-patterned train. The dress was bought with food rationing coupons as the UK was still struggling in the aftermath of WWII.

Her 70-year reign extended across two centuries of social, political, and technological upheaval. Throughout, the Queen remained invariably popular. Her Majesty was the head of state not just of the United Kingdom but 14 former British colonies, including Australia, Canada, and New Zealand. Also, she was head of the 56-nation Commonwealth, which takes in a quarter of humanity, and supreme governor of the Church of England.

This Thursday afternoon, British television and radio stations interrupted regular programming to broadcast the sad news and to remember her long life and reign. PM Liz Truss made a statement from Number 10 on the death of Her Majesty. The national anthem, "God Save the Queen", was played. Flags were lowered and church bells tolled to remember Elizabeth II who once was described as the "last global monarch". Hundreds of members of the public gathered at Buckingham Palace despite the rain and flocked under the umbrellas, paying their respect to the beloved late Queen.

In ten days' time, the national mourning period will culminate in a final public farewell at Westminster Abbey in central London.

Night falls over England. More and more flowers and candles are brought by people who intend to pay tribute to the late Queen Elizabeth II. Even the pouring rain cannot stop them from expressing their respect and appreciation towards the icon of stability, hope, and goodwill.

BRAMS Institute is deeply saddened by the passing of HM Queen Elizabeth II. Our sincere condolences to the Royal Family, King Charles III and the people of the United Kingdom.

God bless the Queen and her beloved Philip who are now united again. Thank you from the bottom of our hearts for everything you have done for England and the rest of the world. May your service be a legacy that lasts forever.