Since regaining its independence in 1991, Georgia has officially established the national holiday on 26 May and annually celebrates the adoption of the Act of Independence. Various events commemorate the rich history and unique Georgian culture during the day. There are military parades, political speeches, official ceremonies, concerts, and fairs throughout the day. Many people drive around in their cars or walk in the streets while carrying the 5-cross flags. 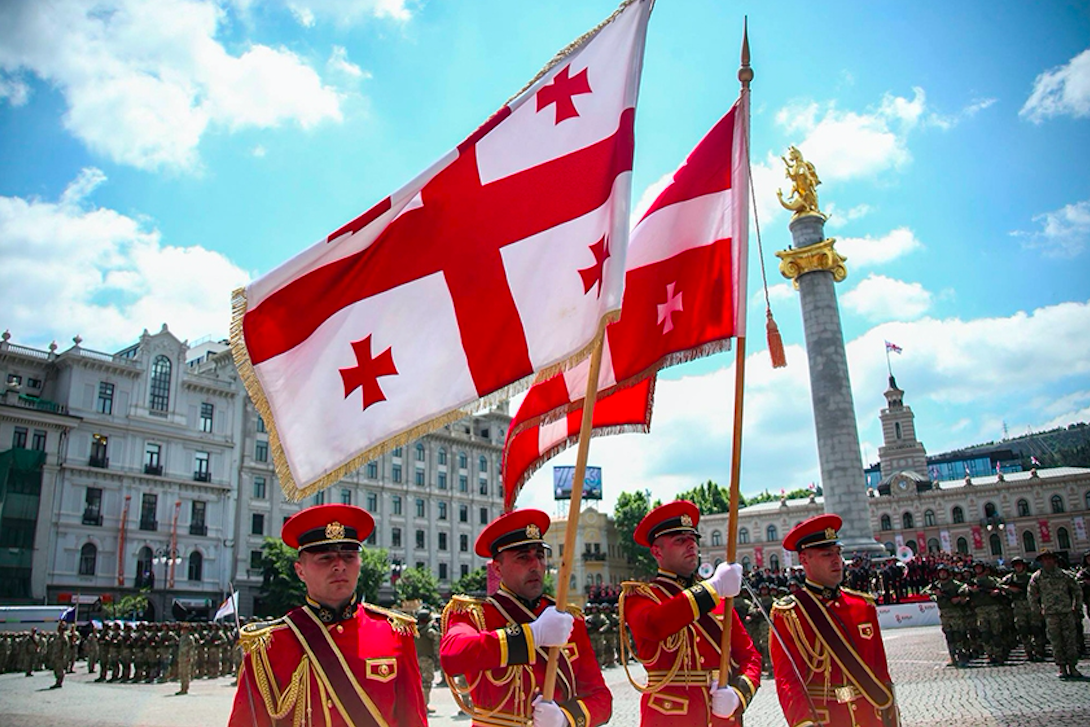 Later in the evening, the plummy blue sky is usually lit with fireworks above the beautiful capital city of Tbilisi. Georgia is one of those rare countries that can proudly look back through centuries and see a brave and endless fight of generations for its freedom and independence from various empires that have long gone and lost in the past. Whether it was a respected kingdom, a young republic, or a small country "in the middle of nowhere", Georgia managed to survive all invasions and even brought some significant benefits to the world heritage.