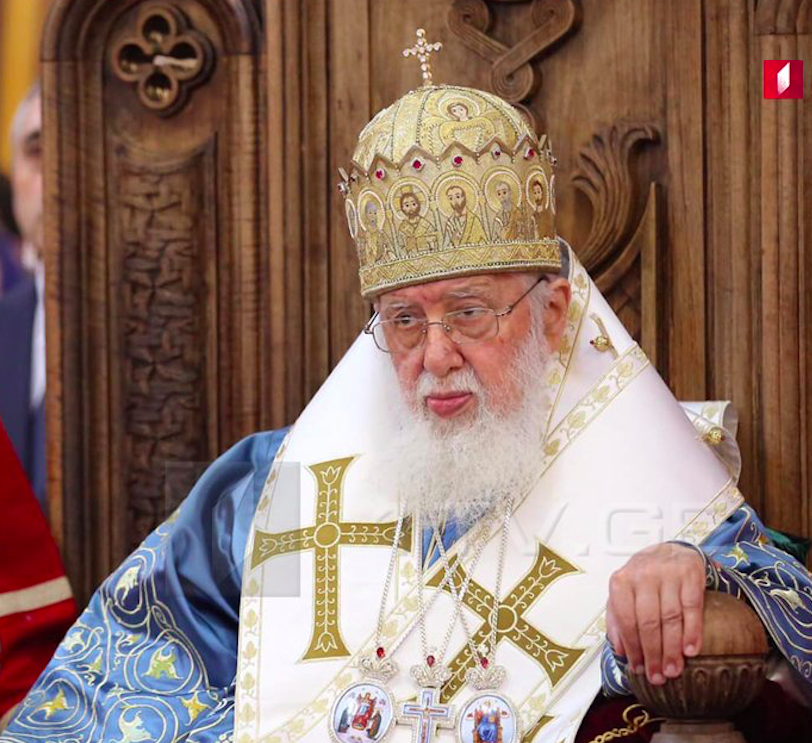 The Catholicos-Patriarch Ilia (Elijah) II of Georgia turns 89 today. The spiritual leader of the Georgian Orthodox Church is a noted individual in the clerical communities worldwide as a person with conservative values and liberal approaches towards controversial issues. Respected by many religious leaders of different confessions, His grace serves his own country and the rest of the world with undying patience and endless love, frequently as a peacemaker during war conflicts.

Elijah II is an Honorary Academician of the Georgian National Academy of Sciences and Honorary Fellow of the American School of Genealogy, Heraldry and Documentary Sciences. The Catholicos-Patriarch has received the highest Church awards from the Patriarchs of the Orthodox Churches of almost all other Orthodox Churches, including Antioch, Jerusalem, Alexandria, Greece, Romania, Bulgaria, Russia, to name a few.

For many years it was little known about the Catholicos-Patriarch of All Georgia to be an outstanding artist and composer, two impressive talents he kept out of public reach until later in his lifetime. On 24 December 2019, Pope Francis I sent an official invitation to the Vatican where he highly praised the clerical compositions of Elijah II and wished to be able to arrange a special Roman Catholic and Georgian Orthodox joint concert.

On 7 October 2007, His Grace openly declared the constitutional monarchy as a form of government for Georgia in the future when he held a sermon for consideration of the possibility. The call followed the confrontation between the government and the opposition the same year. Georgian history of the monarchy under the Bagrationi dynasty started in 1008 when Bagrat III became the first king of the Kingdom of Georgia. This Georgian Royal House ruled the Kingdom until the early 19th century when the Russian Empire invaded the Georgian Kingdom, finding a convenient moment when King George XII passed away. Eventually, all surviving members of the Bagrationi Royal Family have been forcefully relocated to different parts of the Russian Empire, and Georgia was divided into western and eastern provinces under the rule of Russian Emperors until 1917 when the First Democratic Republic of Georgia was established.

The Catholicos-Patriarch of All Georgia initiated marriage between the genealogically senior royal line represented by Prince David Bagration of Mukhrani with the Bagration-Gruzinsky branch represented by Princess Anna. In 2013, their son Prince George was baptised by Elijah II who styled his royal godson as Prince of Georgia in a ceremony attended by the Synod in full. As a strong supporter of the restoration of the House of Bagration, Elijah II of Georgia received the Grand Collar of the Order of the Eagle of Georgia (OEG) from Prince David Bagration of Mukhrani.