New agenda and activities in the Academy 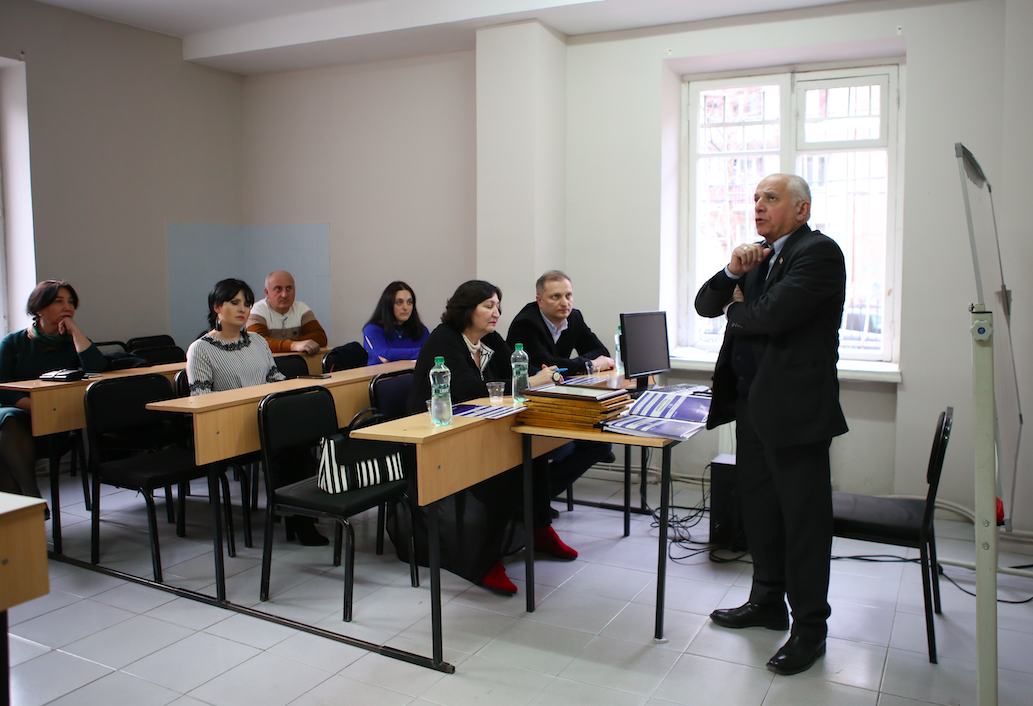 15 March 2019: The science advisory board of the Georgian Academy of Criminology Sciences held its third meeting on Friday. The president of the Academy, Professor Malkhaz Badzagua introduced the meeting agenda to the board members. Each question has been discussed and agreed on.

The diploma of honorary fellow – honorary academician of Georgian Academy of Criminology Sciences was officially handed to the former Minister of Internal Affairs of Georgia, army reserve Lieutenant General, Member of the Board of Experts at Crime Research and Prediction Centre, Editorial Board Member of journal Criminologist, Guram Gvetadze.

The diplomas of fellow (academician) of Georgian Academy of Criminology Sciences were officially given to the professors: Roman Shengelia, Maia Nadareishvili, Salome Kapanadze, and Petre Dautashvili.