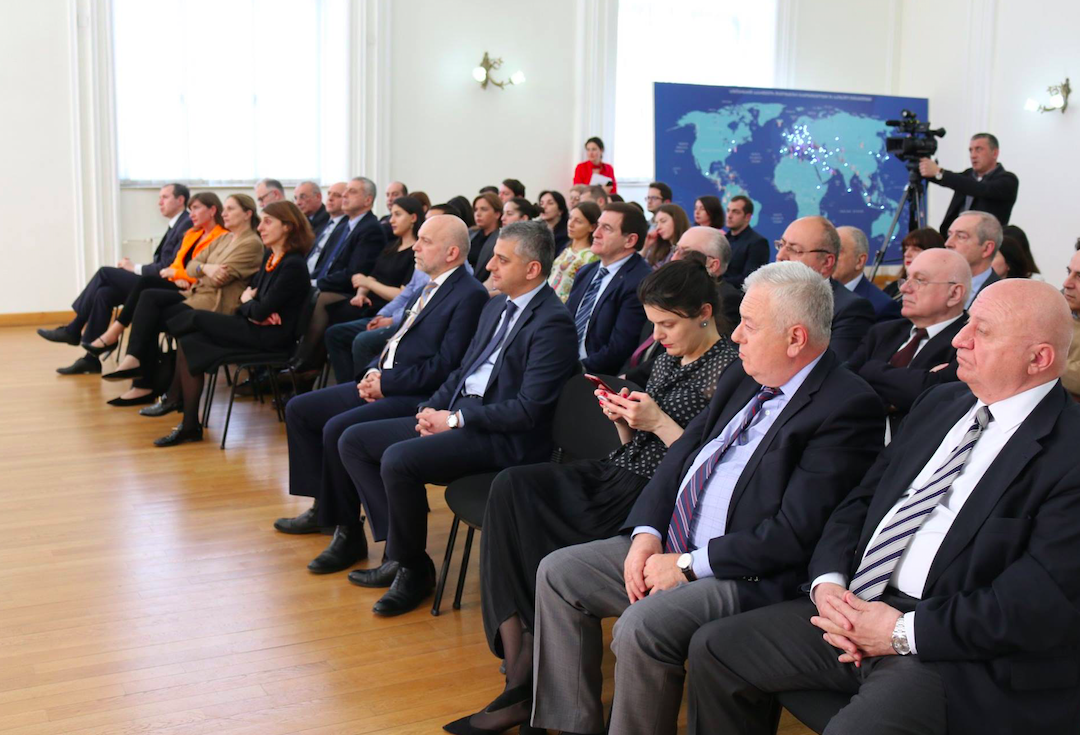 On 25 April the Levan Mikeladze Memorial Lecture course has been established at the Ministry of Foreign Affairs of Georgia. The event was hosted at the Ministry, although the future lectures are going to be planned in different institutions throughout Georgia.

The event was opened by Tinatin Bregvadze, Director of the Levan Mikeladze Diplomatic Training and Research Institute. David Zalkaniani, Minister of Foreign Affairs of Georgia has welcomed the participants.

The first lecture was chaired by Archil Gegeshidze, Executive Director of the Levan Mikeladze Foundation, who previously addressed the audience.

The lecture was followed by a Q&A session between the participants and Levan Dolidze.

The event was crowned by food and drink in the entrance hall.