The family collection on public display in Tbilisi 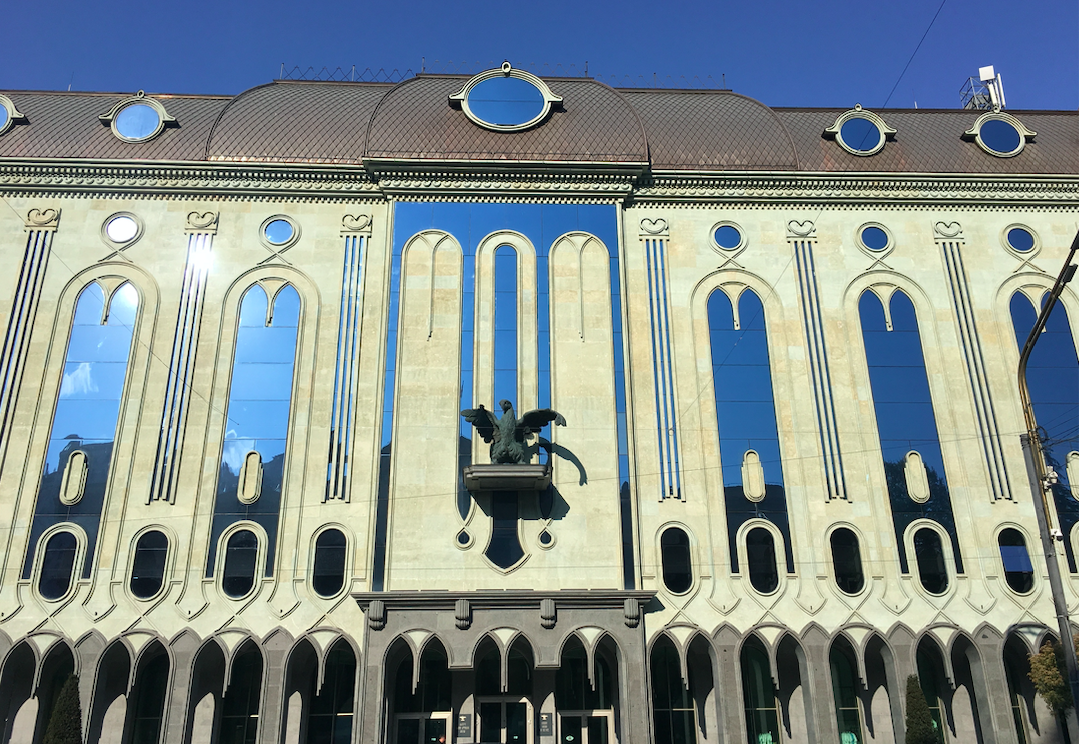 Today the Georgian Museum of Fine Arts, which exhibits the private collection of Dr George (Gia) Jokhtaberidze and Manana Shevardnadze, has officially opened. The public will have access to the new museum from 2nd October 2018.

The museum houses about 3,500 pieces of work by over 80 Georgian artists and sculptors. The oldest exhibits belong to the 1940s.

The daughter and son-in-law of Georgia's 2nd president, Eduard Shevardnadze, started collecting objects of fine arts in the 1990s. With the time, their once-a-hobby turned into a mission to restore and donate to the state museums the works by Georgian artists. At first, the couple had no intention to construct a special building for their collection. The idea of a new museum building was born as a consequence of the collapse of the Soviet Union collapsed and the incapability of the Georgian state museums to accept and safely preserve all exhibits offered by the Jokhtaberidze-Shevardnadze family.

Later tonight the official opening of the Museum was finished with the concert. The special programme of Georgian singing and dancing intended to demonstrate the versatility of the local culture to the foreign guests and visitors.

The Georgian Museum of Fine Arts is located on 7 Shota Rustaveli Avenue, Tbilisi, Georgia. Opening hours are 10.00 to 18.00 from Tuesday through Sunday. The Museum is closed on Mondays.