Stop the Earth, I want to get off 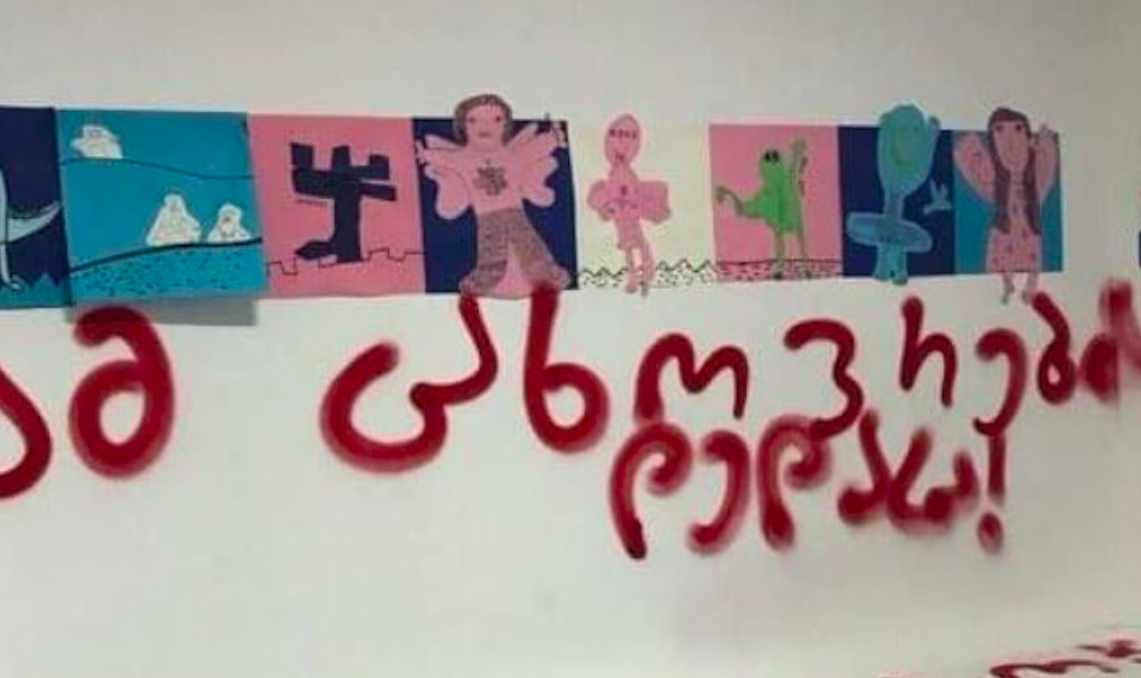 I am Luka and I was fifteen when my favourite daily routine fell into a million pieces. The lack of finances in my family and lack of kindness in the school staff ruined my world. I was a fighter ready to go against this cruel and unfair world around us but I was stopped when they used my ability to love and care against me. I could not afford to become a burden for those I loved. And I made a step into eternity. But I loved this unfair life so much that I kept fighting to stay alive for six more days. – Luka Siradze might say something like this if he had a chance. He could have said so much more if he lived. But he was not heard when he wrote 'Screw this life' on a wall in the Green School's premises. Instead, he was put into hands of police while all he wanted was to stay among his schoolmates.

A young lad who recently lost his father was already going through a lot but instead of understanding his situation the school put the youngster under more strain. Whatever mistakes have been done in the police station during the questioning of the 15-year-old Luka Siradze, the problem has started in the school. "Luka Siradze clashed with indifference and unprofessionalism [of adults]. This is so tough. Last night I kept thinking of why and what for. It is a very tough situation if we look around. We could say that there is no sympathy between people, and we lost the ability to love. Youngsters are surrounded by hatred and aggression. They see this and they have to live with this. I reckon that the entire society is responsible in a child's untimely death, since the family, the school and the state are equally responsible for the next generation", said Kakha Kaladze, the Mayor of Tbilisi. It could not have been said better.

It could have been done far better though when a sleeping 19-year-old young man, Temirlan Machalikashvili was shot in bed in front of his family members. An intel failure was blamed. And it could have been done far better when two 16-year-olds, David Saralidze and Levan Dadunashvili, stabbed to death, have lost their lives in the immediate vicinity of their school. The witnesses were accused while the killer(s) remained unidentified. The threat grows from case to case and takes more innocent lives. There are times when everyone talks about bullying but nothing is actually done. Fate and luck save some of our children but not all of them. The society is supposed to try to save them, too.

Zaza Saralidze posted an address to his late son, Datuna, and another victim of the murder on Khorava Street, Levan on a social media: 'Lads, a gentleman is coming to stay with you and I expect you to give him a warm welcome!!!'

When tourists wonder why the majority of the Georgians wear black, it is not a fashion or desire to look slimmer. This is only a glimpse of the Georgian sense of humour to give such a reply. The country with so much sunshine throughout the year used to love colours. But the endlessly growing rate of timeless loss of our young citizens and the newly-adopted political correctness vitally influence Georgia. Instead of taking the best from the Western experience, we keep copycatting their doomed pop culture and indifference towards other humans.

17th October is St Barbara's Day in Georgia, who is the patron saint of children. This Christian festival is traditionally celebrated all over the country while our children obviously remain unsafe and unprotected. This year there is a bitter coincidence – it is the day Luka Siradze's heart has stopped at 20:10. Some of the people responsible for his death plead not guilty. Others involved won't be even charged. A cup of kindness could save this child whose smart shining eyes impressed one of his first teachers, Ms Gvantsa Adamia. All Luka needed was a kindred spirit who could listen, understand, and support the youngster in need.